Hey friends! It has been quite a while since I’ve last blogged and I am so excited to be back! The past couple months have been filled with so many “holiday card” family photography sessions. Fall is one of my favorite seasons and a time that I always look forward to!

I really enjoyed photographing and spending time with the Scott-Webster family! Andy and Elissa were fun to work with and the biggest troopers to do a session during one of the coldest days in San Francisco! I was a happy camper since this led to many snuggly photos of the two of them with their daughter Emery and dog Gaston! Take a look below to get a glimpse into their beautiful little world depicted by Elissa! 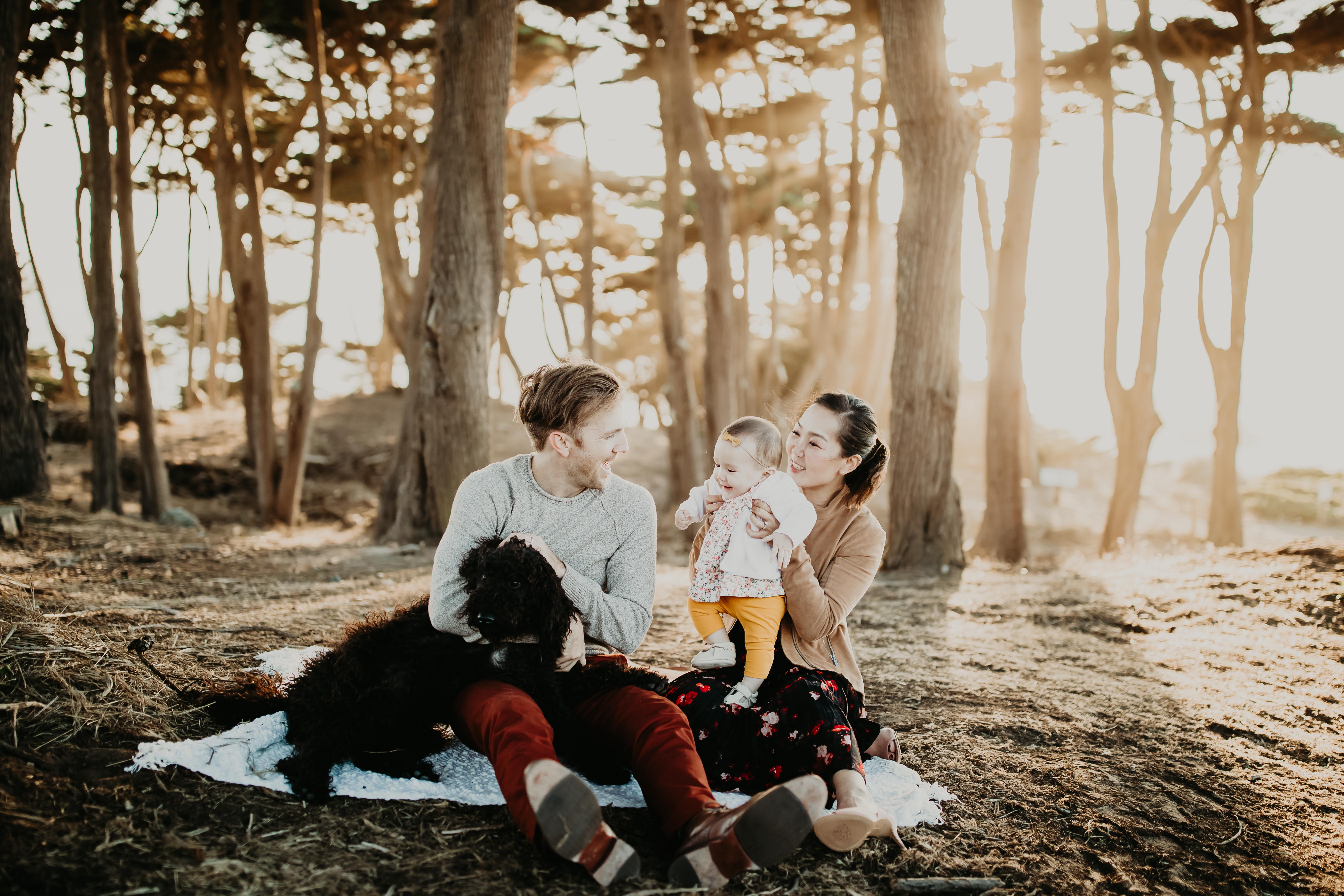 “Emery is the sweetest, happiest baby I’ve ever seen. Always laughing, she rarely cries or is unhappy. We like to joke that she’s the perfect starter baby because she was such a good sleeper from the start and has been such a calm happy baby. She knew we had no idea what we were doing as parents and decided to help make it easier on us! She definitely get’s her calmness from Andy but I’m starting to some of my feistiness starting to emerge. She’s now getting to the age where she’ll do something and watch for our reactions; she knows she’s funny and will repeat things that make us laugh.” 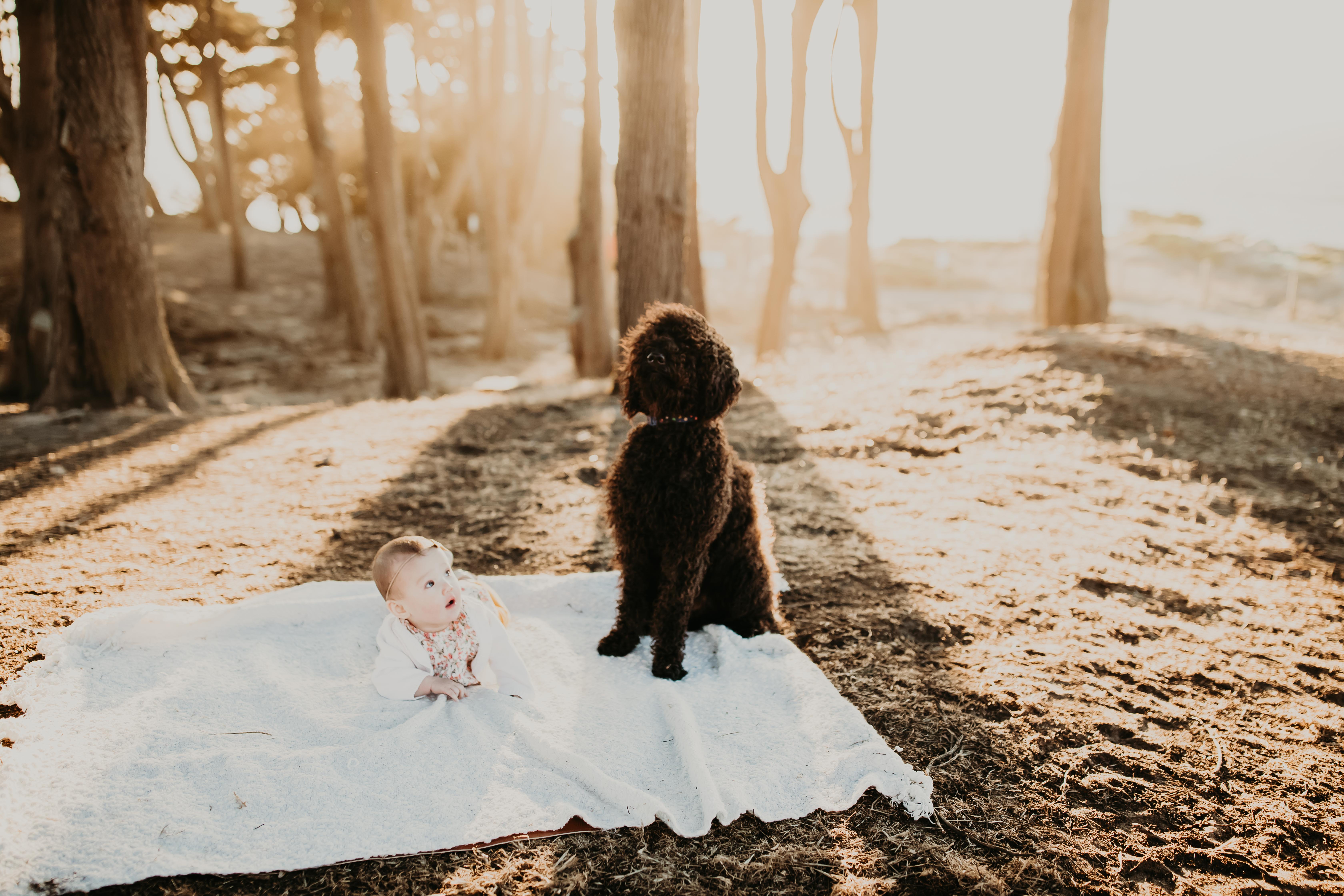 “Gaston (Gus), our 1.5 year old labradoodle, is just as mellow as Emery. He’s very calm and mellow, has been ever since he was a tiny puppy. Right now, he’s in his teenage stage and he’s been pushing the boundaries ever so slightly, straying just a little farther when off leash, or taking a little longer to listen to commands. He kept running off to find sticks during our photoshoot!” 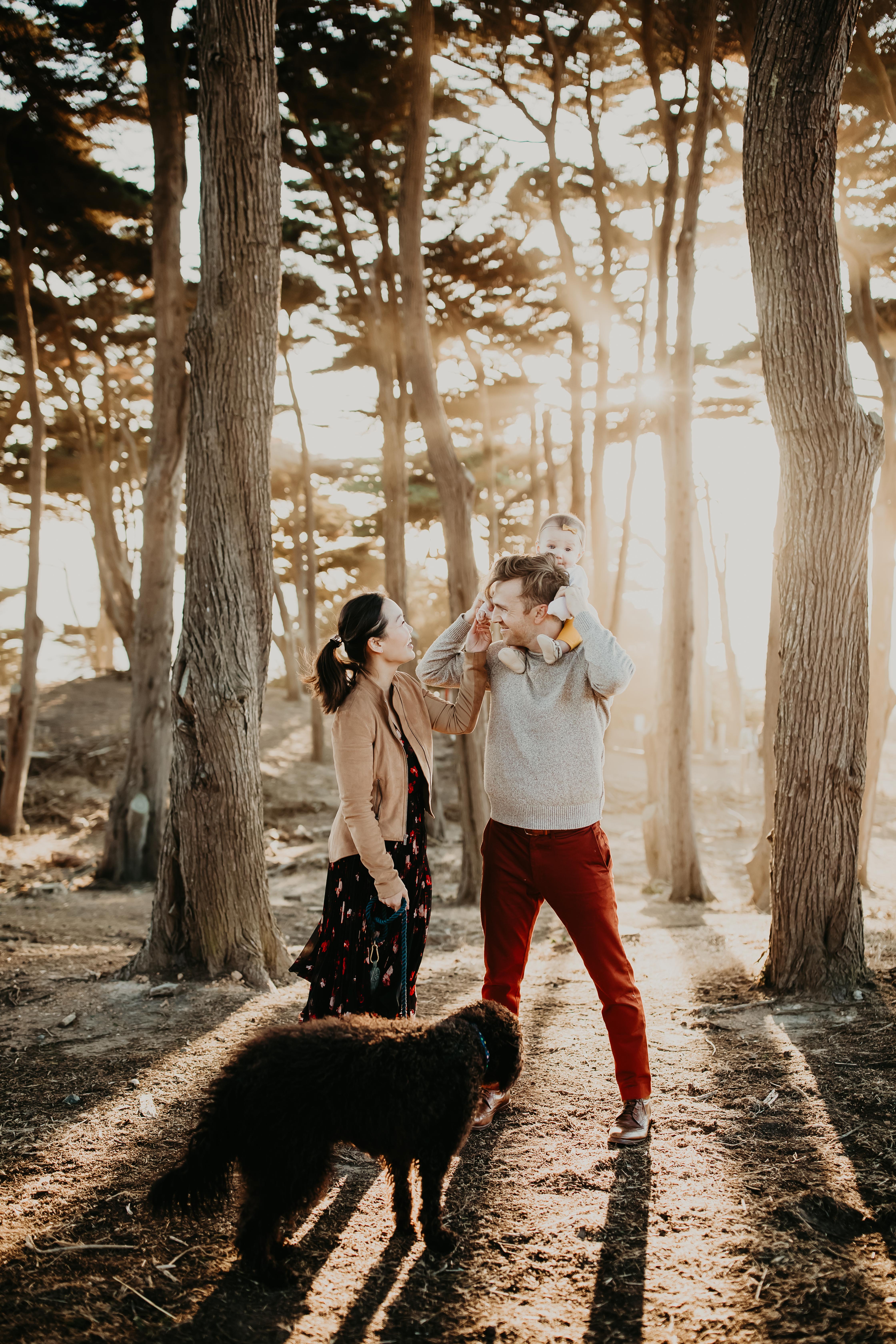 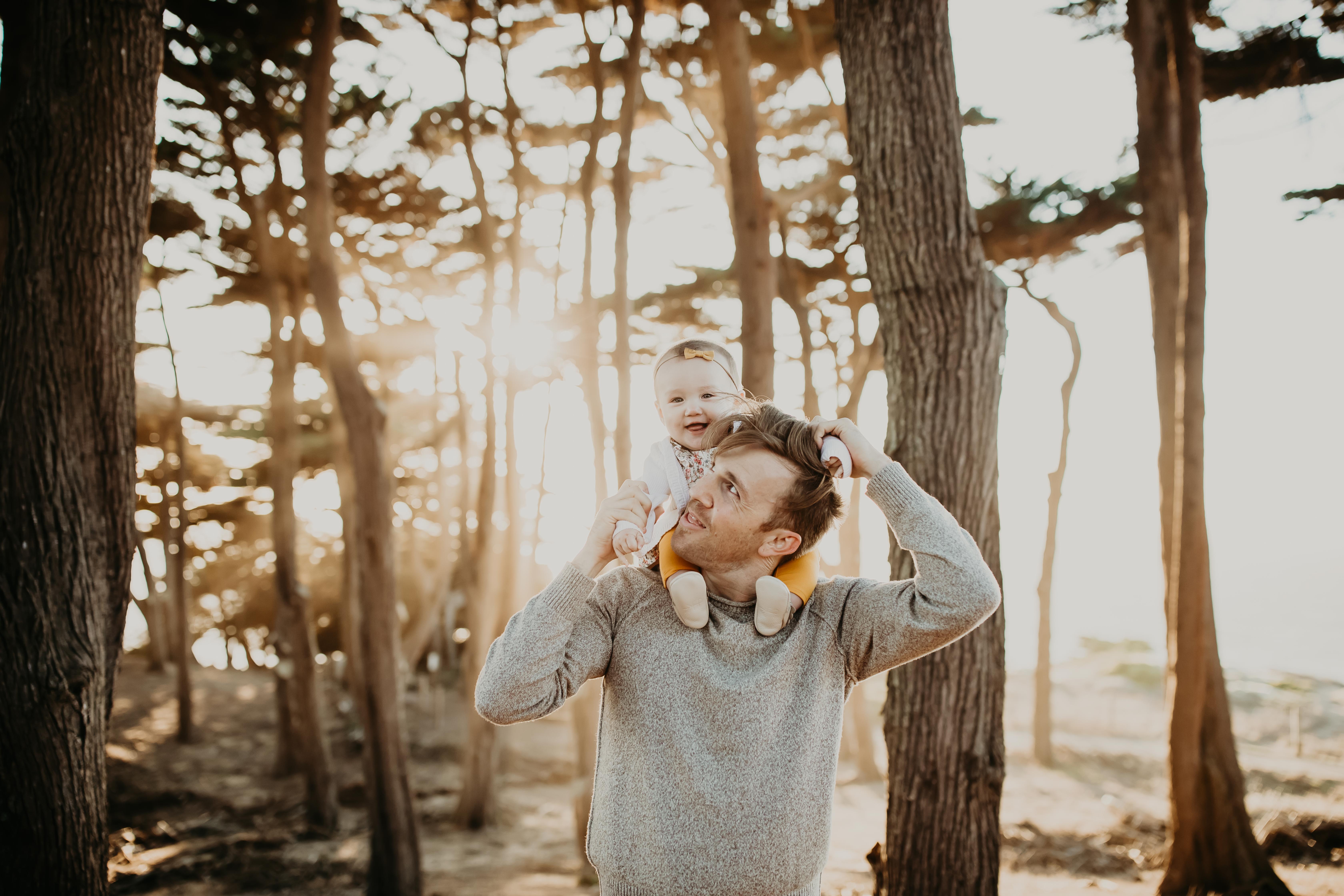 “My husband and I met on Tinder! We instantly clicked and we went on 6 dates that first week we met. We are very much opposites so there are a lot of qualities in him that I wish I had! Not only is he extremely patient, he’s a true extrovert that immediately get’s along with anyone and everyone and never feels uncomfortable around new people.” 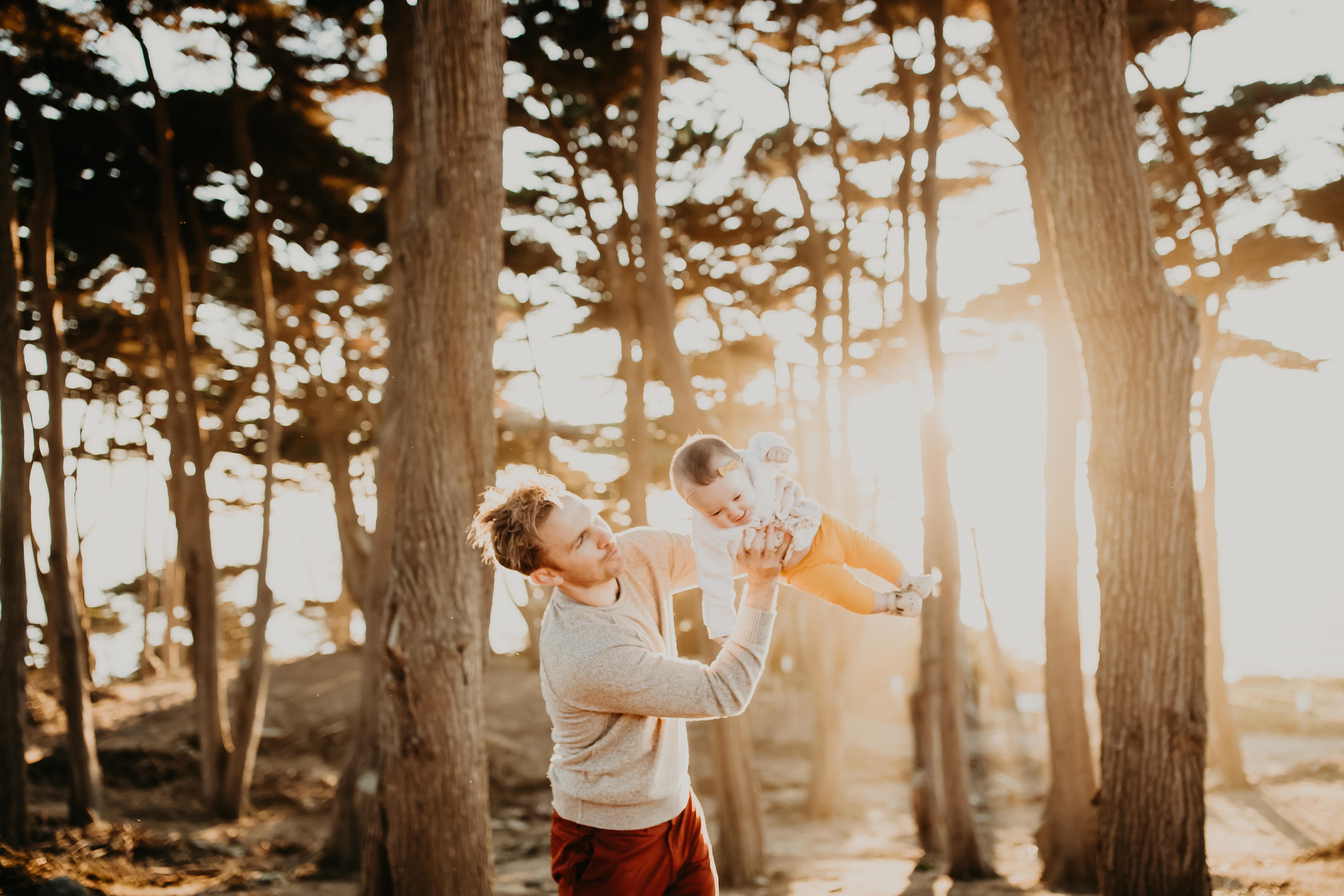 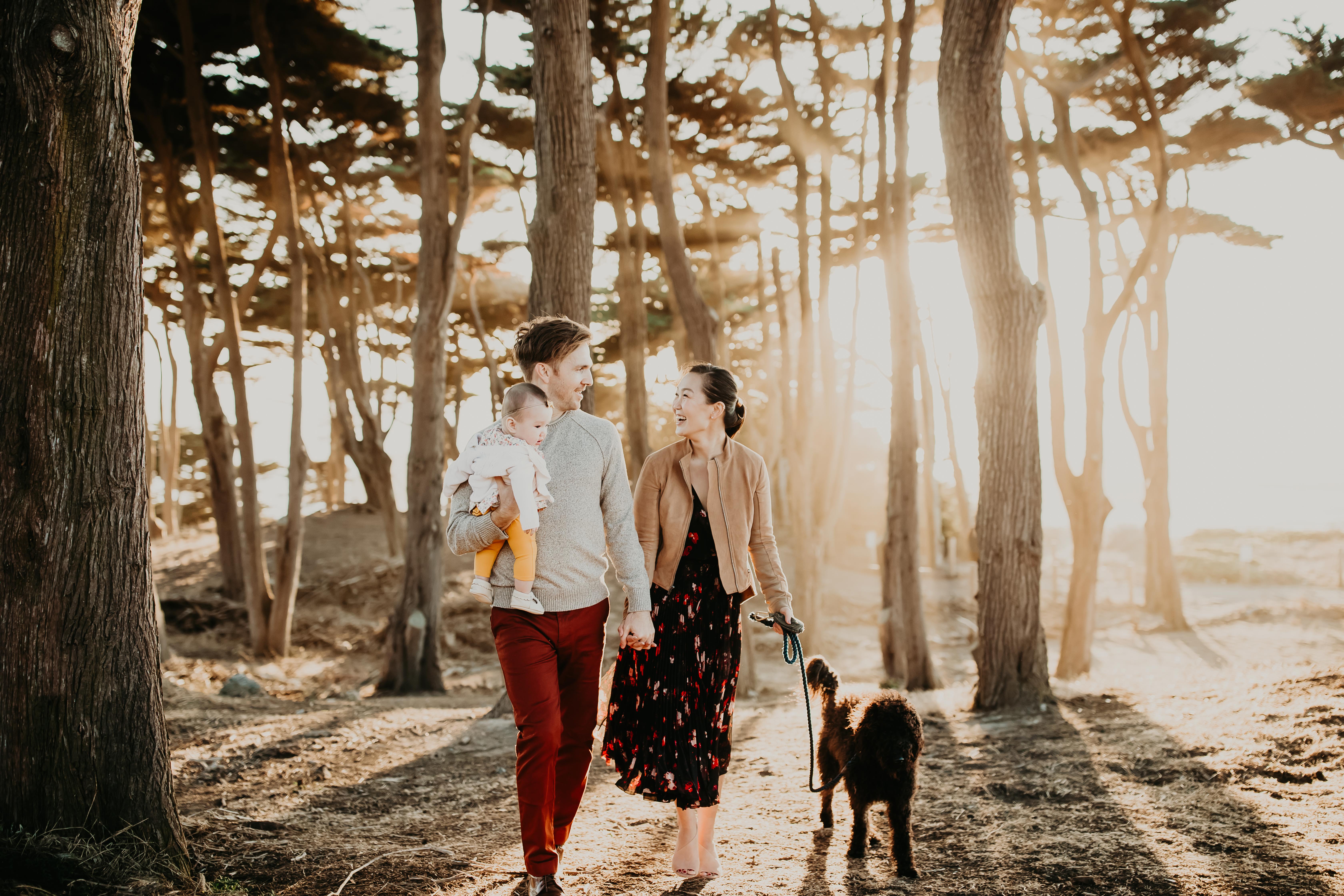 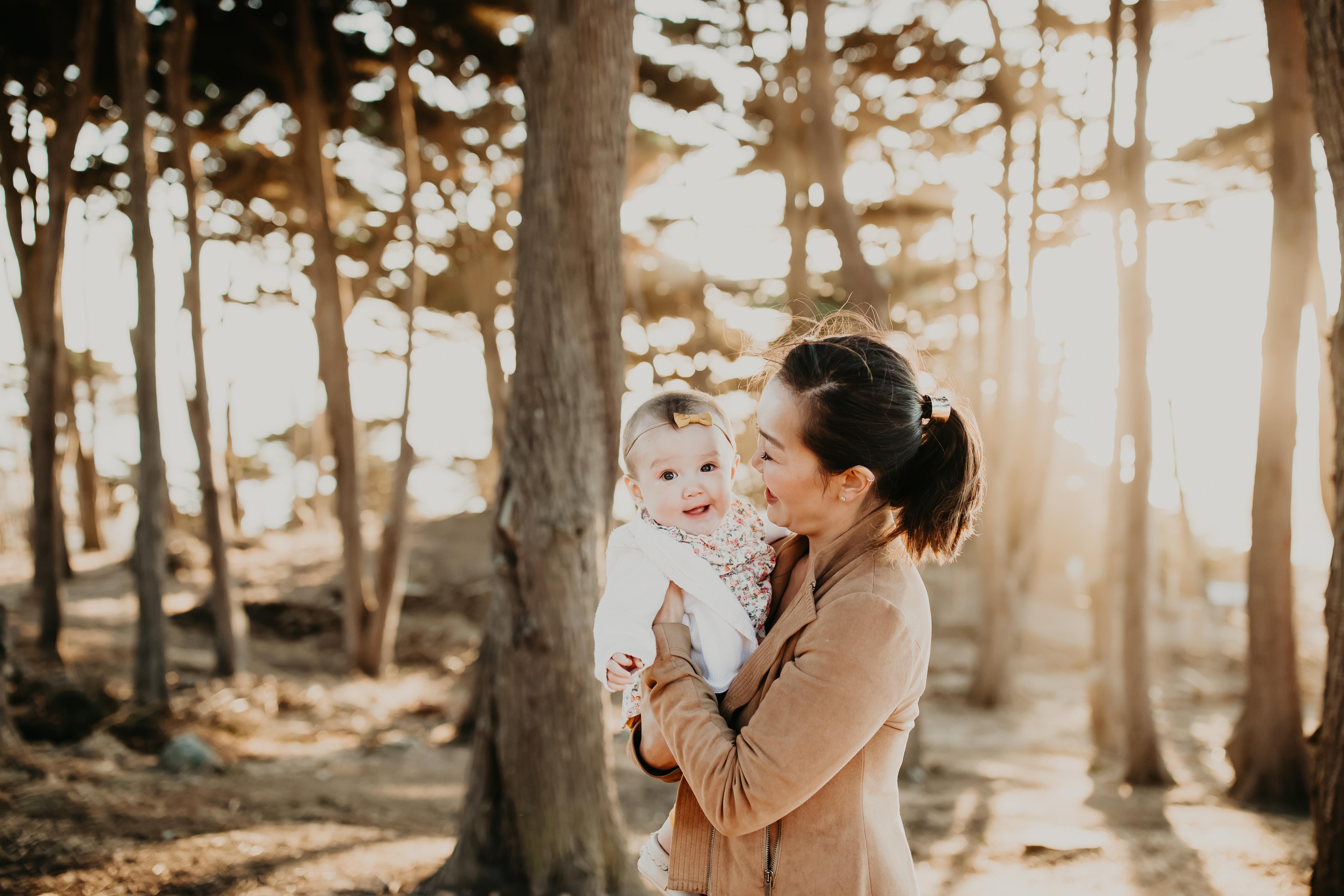 ELISSA: Life As A Working Mom

“Its so hard for moms. We get judged no matter what we do. I love to be at work, but it also makes me so sad that she’s being raised by someone else while I am at work. I started a new job when she was about 3.5 months old. While I wish I could have spent more time at home with her, I was also excited to be back at work, which then made me feel guilty for feeling more sad about being away from my child. When I was being recruited for this new job, I made to sure that my hours spent in the office were short so that I could spend as much time with my daughter as possible. I get to see her in the mornings and get her ready for daycare and then I come home at 4:30 so that I can get in some good quality time in before we start her bath time. But even with my shorter office hours, I still only get to spend about 3.5 hours with her on weekdays. Because my husband and I both work and spend such few hours with Emery during the week, we rarely do anything that would take time away from being with her on the weekends. On the weekends, the entire family is a package deal.” 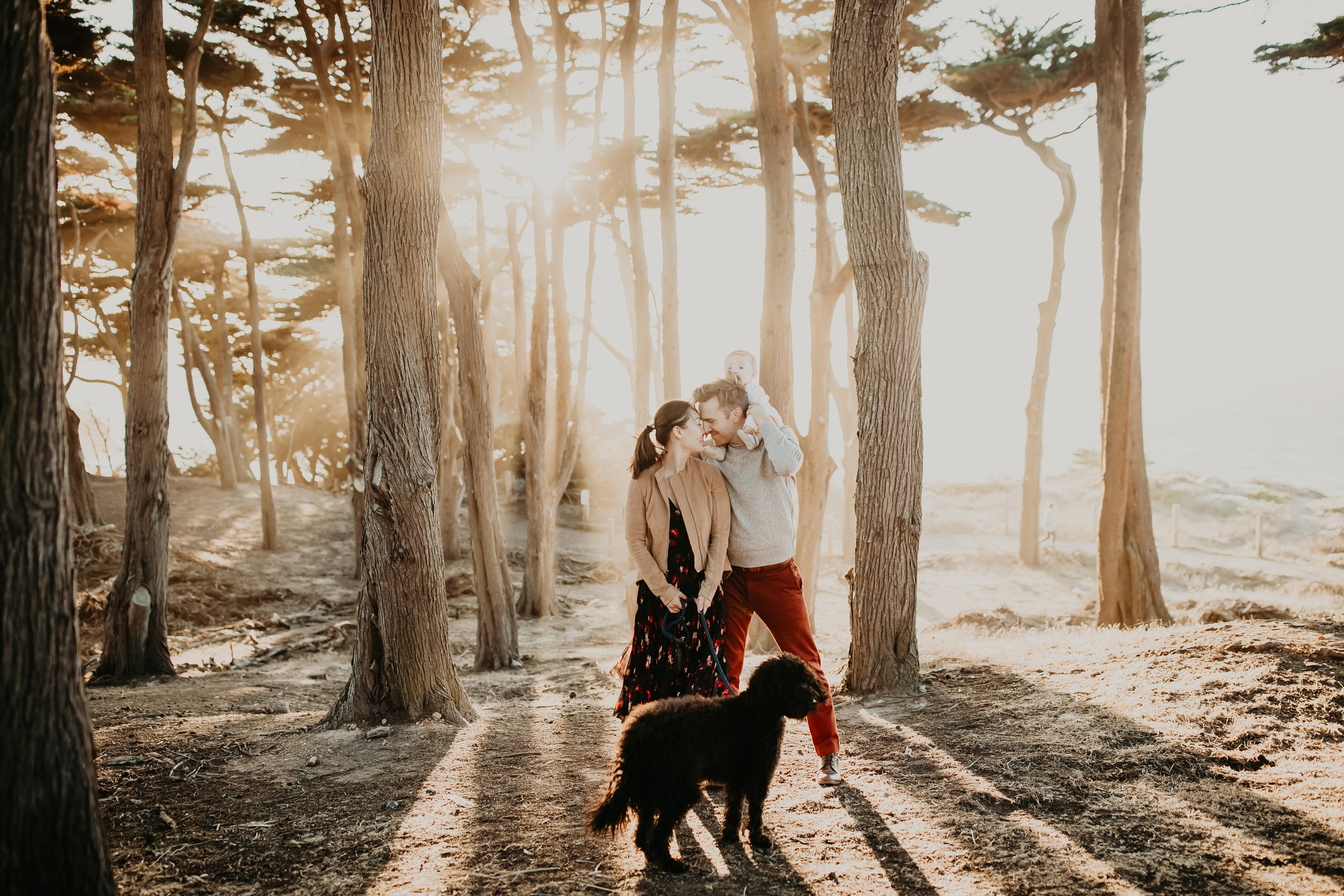 What Does Motherhood Mean To You?

“Strength! Motherhood is a lot of juggling. No matter if you’re a stay at home mom or a working mom, motherhood requires so much internal strength. There’s a lot of guilt in motherhood. When you’re spending time with your child, there’s guilt for the other parts of your life you’re ignoring. When you’re taking care of other aspects of your life, there’s guilt for not spending more time with your child. I wish there wasn’t so much guilt and worry involved with being a mom, but I guess its the mom badge we wear.” 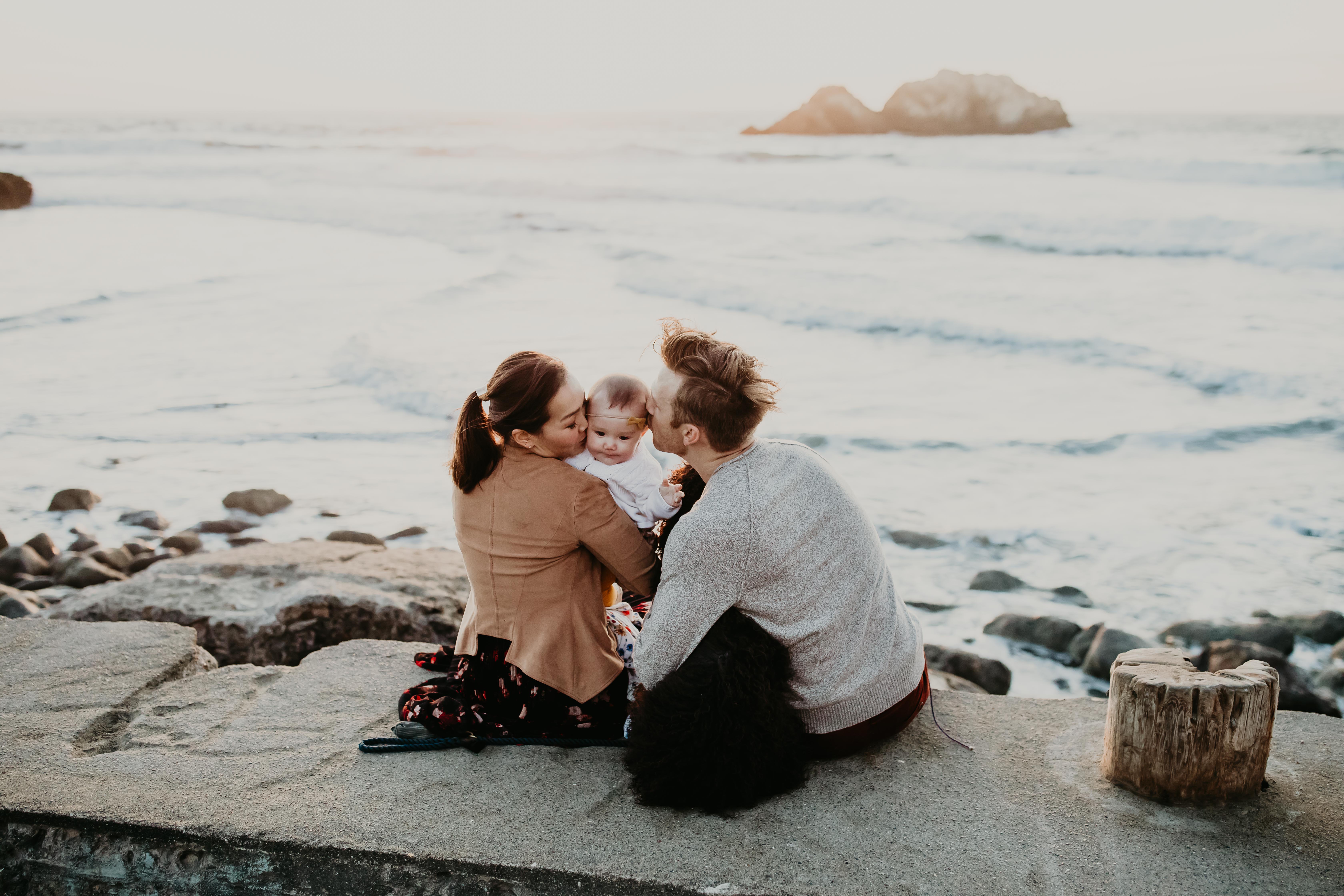 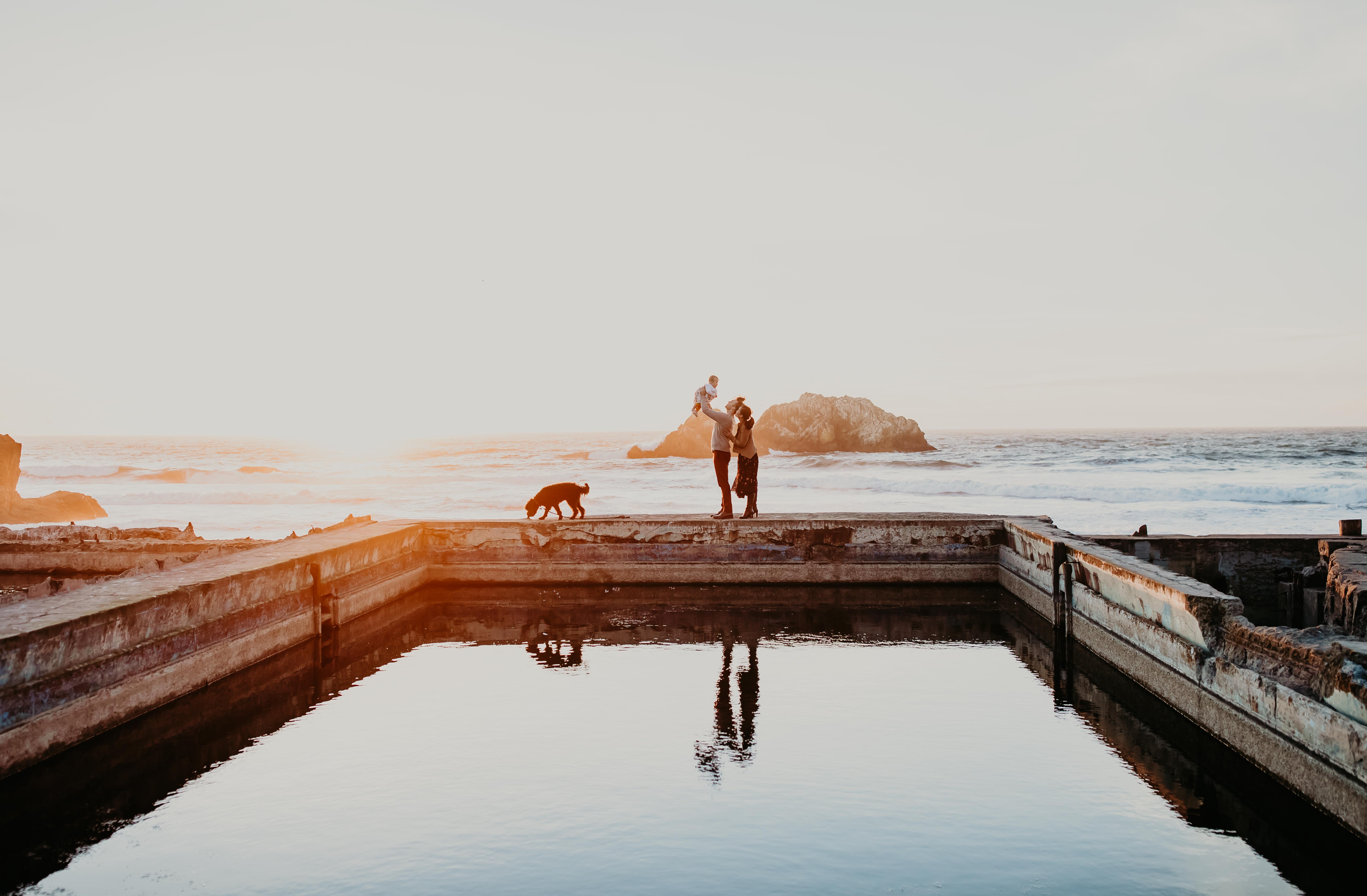 “I was so worried that we wouldn’t have many smiling photos of Emery because she was so cold, but the photos turned out AMAZING! Shefali is magical and captured every single smile that Emery had.” 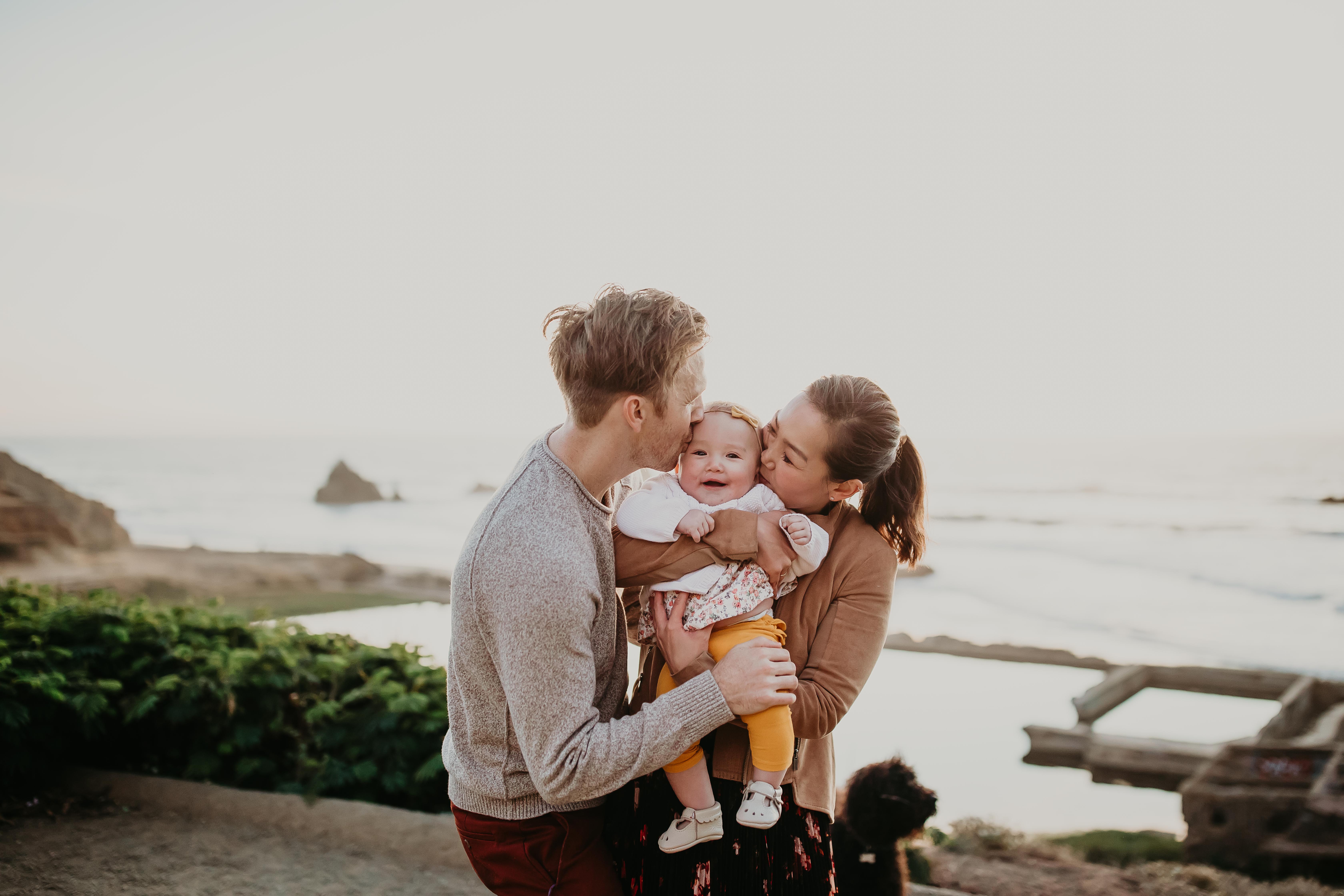